No More Cola or Chicken Soup EVER! 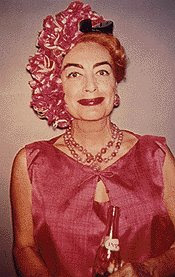 Yes folks, AFA is at it again. This time they are boycotting Pepsi and Campbell Soup:

Despite the fact that 30 states have passed constitutional amendments defining marriage as being between a man and a woman, Pepsi continues to support the efforts by same-sex groups pushing for homosexual marriage. AFA wrote Pepsi on
October 14 and again on October 29 asking the company to remain neutral in the culture war.

Pepsi didn't care enough to respond to the AFA letters. Pepsi's lack of response indicates the company plans to continue support for the homosexual agenda.Take Action!• E-mail Chairman Indra K. Nooyi. Tell her that you expect Pepsi to stop supporting the gay agenda.• After sending your e-mail, please call Pepsi (914-253-2000) (800-960-3602) and ask the company to remain neutral in the culture war.•

Forward this e-mail to your friends and family so they will know about Pepsi's support of the gay agenda.

Yeah AFA, how'd that Disney, Ford and McDonald's work out for ya? Now it's on to Campbell soup and Pepsi. And don't you love how they talk about the "culture war", so "Christian" and yet all they can talk about is wars. I guess their lemmings will have to pull themselves from "The Jerry Springer" show for a minute to call Pepsi and Campbell Soup and tell them how terrible it is that they are advertising in the gay media, Oh horrors!

Pepsi didn't care enough to respond to the AFA letters. Pepsi's lack of response indicates the company plans to continue support for the homosexual agenda.

If you're not with them, you're against them! It couldn't be that the lack of response indicates that the company just doesn't care all that much.