Today was the marriage equality hearing in Maine for the LD1118 and LD 1020 and guess who was there.... 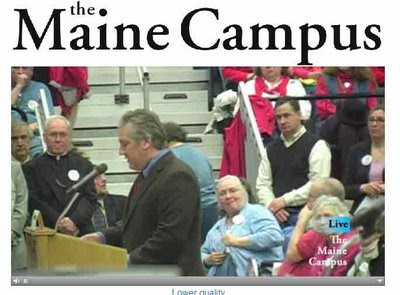 If you guessed Mad Dad David Parker, you were right. He talked about his failed lawsuits and wasn't exactly telling the whole truth. It took another citizen from Maine, who runs a protection from violence program in Portland, to set the record straight (so to speak). He stated how David Parker got arrested because he told the police that he was not leaving the elementary school until they arrested him. He also read from the book which David Parker is against "Who's in a Family":

"Laura and Kyle live with their two moms, Joyce and Emily, and a poodle named Daisy. It takes all four of them to give Daisy a bath"

You might still be able to catch the hearing because there are lots of people present.
Posted by Boston Bud