I Want My MassResistance!

You know nothing ruins a homosexual activist's day more than to get to the gym early, cook a low carb breakfast and finally settle in to listen to Massresistance's Radio Show only to find out that some other program is now in the same time slot.

As I'm franticly scrambling around trying to figure out what's wrong, making sure the station dial is correct (I can't miss their insightful introduction), I surf on over to Massresistance's website only to find out:

[We're taking a break until next week -- as MassResistance Radio moves to a new, more powerful station.]

Only that was for the October 6th show, it's October 20th, that was two weeks ago! Where's Brian? Where's Amy, A.K.A Ms. Massresistance? They say they're going to a new station, gee, that would be their THIRD radio station (and they say the gay community is promiscuous!). 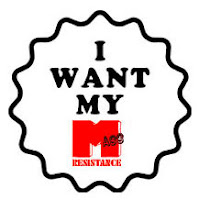 Oh well, I guess I'll have to go back to my Sudoku puzzles and call it a morning!
Posted by Boston Bud

Well, Ichabod has been in Worcester for the Cirignano trial. I bet he doesn't have the RAM for multi-tasking.

Could they be having trouble paying thier bill agian?

Maybe Brian will have to start doing some "computer consulting"
or Ami might have to have a bake sale to pay for the MR infomercial.

Would the Acton Boxbourgh High School let them sell refreshments at the upcomming play?

I've heard they've found a more powerful station through a local short wave operator. They saved a ton of money but are now going to have to broadcast in Morse Code. If Contrada does get another job to pay for the station time I know it will have nothing to do with housekeeping. LOL

Keep up the great work guys - you have me laughing my ass off! I was one of the people who pressured the station to axe these losers and it sounds like it paid off! I'm buying a ham radio, I want my mASS resistance too!

It took them how long to get a spot on 1330AM radio which they touted as "Being in the People's Republic of Cambridge".

I'm sure they'll spin this in their favor but it's kind of fishy they had problems the past couple of weeks airing their programs on time and now switching stations.

How successful was that fundraiser they had in Boxborough?

Boston Bud...I just found out they plan to go on 1570AM WNSH in Beverly.

Spread the word...however, if you write to him...be polite! Saying you are outraged that he would put a "hate group" on the air...Is WNSH stooping to a new low? That kind of stuff...all polite!

ABOUT THIS STATION: This was a local station in Beverly...that is increasing their power...and are just signing back on under the higher power. They are getting ready for a "relaunch" with the upgrade. I don't know if they are officially on with the upgrade...thats why Mass Resistance has been off the air...waiting for the work to finish.

The higher power is DAYTIME only...you probably will NOT get them at night unless you are in downtown Beverly.

Let them know you think they are getting off on the wrong foot.

Their "forum" in Acton was free so they raised no money. Amy wrote a commentary in this week's Beacon (Acton & Boxborough town paper) about the show. She finally put her name on something. If you want to read her article, here is the link: http://www.wickedlocal.com/acton/news/opinions/x1909897756. Responses may be sent to the editor: Robert Burgess: rburgess@cnc.com. Tickets for The Laramie Project performances at A-B on sale at www.MKTix.com. Nov 2, 3, 9, 10