No MassResistance, No One is Interested in Your Testimony

So MassResistance posts another whine about the public 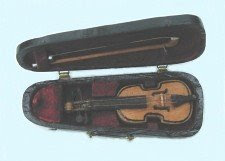 meeting process. They're upset because they didn't stick around to testify at the hearing to overturn the wiretapping law which MassResistance wants.
Just a few comments on their posting:

But the committee -- again -- rigged the hearing. They made the 'regular people' wait several hours until most of them had to go home. It was the usual sleazy tactics and condescending attitude that has become common at the Massachusetts State House.

They put regular people in quotes. That's right Brian, you and the rest of MassResistance are far from regular so in this case it's appropriate. If these issues are so important to you, you should be there until they throw you out, kinda like David Parker did in Lexington or until the session closes very late in the evening like the marriage equality supporters did during the constitutional conventions.

This is the bill that Brian and Amy want overturned so they can keep recording people without their knowledge. Move to Oklahoma, I hear even the gay supporters do it there.

MassResistance sure does a lot of complaining about how the public hearings are held, I'm half surprised they don't run for office so they can do what they want but OH, that's right, no one would vote for them!

Creedon allowed dozens of public officials and “important people” (including the Governor!) to testify first, making everyone else wait for hours. This is particularly annoying because the state reps see each other every day. Is their time more valuable than ours?

Hell, YEAH! We're paying the elected officials' salaries, I don't want them to have to sit around waiting for some knucklehead, who life's work is to make gay people suffer in the eyes of the law, just so he can testify that homosexuals weren't among the victims of the Nazi Holocaust.

Our conclusion: We’re going to tell people not to waste their time any more going to these sham public hearings. From now on, we’ll go to each rep and senator directly. If they think they can treat the public this way and get away with it, they’re wrong.

Remember this paragraph. Last week it was "Together We Can" and this week it's "Don't waste your time". They're lucky they even got a public hearing because MassResistance's anti-gay bills are going NO WHERE soon.
Posted by Boston Bud

The use of the term "regular people" did make me think of something. Maybe what they need is a bit more fiber, perhaps some nice Kashi in the morning and some whole-grain pasta for dinner? They might be nicer then. Gods know something needs to help their disposition.