Well, today is the big day that Massnews has been squawking about for months. They even had a count down, well, at least until a few days ago. Today was supposed to be the last day that the legislature would vote on Rep. Emile Goguen's resolution to remove the 4 "rogue" judges who voted for marriage equality for same sex couples. I'm guessing they also believe that the heavens would open up, shine down upon Article 8 (who was right all along!) and all the same sex couples who got married will just disappear. Children of those couples would miraculous become children to heterosexual couples consisting of one man and one woman, no single family households for me thank you very much!

For the past few months, Massnews has been reporting heavily on the banners that have been flying over Massachusetts telling the justices to "Resign now or lose your benefits". Apparently, they even few banners over the Big E in Western Mass. Ok, I must admit it, this does seem a little like the very gay Wizard of Oz with the Wicked Witch flying over Oz writing out "Surrender Dorothy". 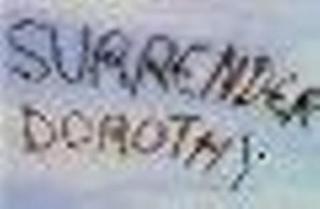 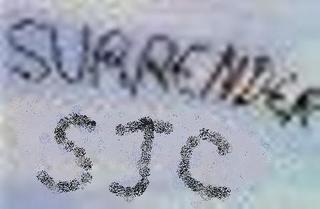 Hmm...is it a coincidence that Margaret Hamilton played the Wicked Witch and Margaret Marshall is the Chief Justice of the Mass. SJC? Makes you think UH! wink, wink! (At least I bet that's what the Article 8 and Massnews people are thinking) 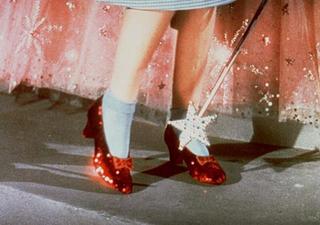 The Wizard of Oz was right about one thing only we don't have to click our heels: There's No Place Like Home!

OK...if this is the "big day" that MassNews and Article 8 have been waiting for, why is there *NOTHING* on Article 8's website about it. This is the very reason that the "Article 8 Alliance" formed, and now that their big day is here, why are they not posting information about how today is the day that they'll have Marshall et all removed? When this preposterous bill of address is voted down, will that mean the end of Article 8 Alliance?

On a related note, why has there been nary a word on the David Parker shenanigans? Didn't his jury trial start on Sept 21st? Why has Article 8/Massresistance been silent on that one too?

Could it possibly be that they realize their attempts are completely futile? One has to wonder what Camenker/Contrada/Mann are going to do when all their work is for naught...they should contact Michael Marcavage of repentamerica.com since they are also another extremist fringe group hell-bent on forcing their world view on everyone else.

Ed Pawlick, attorney for Mass. Citizens for Marriage and founder of MassNews, tells this newspaper: “Those hundreds-of-thousands of citizens who helped pass our Amendment to our state Constitution in 2002 to forbid homosexual 'marriage' still remember when Margaret Marshall conspired with Pinch Sulzberger, owner of the New York Times/Boston Globe conglomerate, and allowed the Legislature to violate the Constitution by refusing to allow the citizens to vote.

“This is ‘pay-off time’ with Marshall and Sulzberger fighting each other ever since the national Democratic Party became livid at Marshall and her illegal opinion for severely damaging John Kerry’s bid for President. Both Sulzberger and Marshall are saying, ‘I didn’t do it. He (she) did.'”

It is expected by many that the four SJC judges who wrote the opinion will resign before Oct. 14 in order to protect their retirement benefits which will be over $1 million each.

Has anyone seen ANY news about the alleged voting on Goguen's inane and insane bill of address today? Why isn't Article 8 up in arms over this? This is the whole reason they formed! Did ANY of the four courageous, intelligent, and respected judges resign "to protect their retirement benefits"?? I don't think so...Ed Pawlick can sodomize Brian Camenker's ass like they've both been itching to do for years.

'...Ed Pawlick can sodomize Brian Camenker's ass like they've both been itching to do for years.'"