Picking and Choosing Which Parts of the Bible to Follow

Jesse Connelly, the head of the No on 1 campaign was interviewed after the Peter's dismal PR event and stated the following:

“And they [referring to leaders of the pro-traditional-marriage group 'Stand For Marriage'] can’t stand behind Peter LaBarbera, who has attacked Ben & Jerry’s, supported rescinding women’s right to vote and believes we should return to the Old Testament where gay people were stoned…..”

Well, The Peter doesn't want people to think he's for violence, of course not, he is always saying that we are supposed to be following the Bible, however, I guess he's all for picking and choosing which parts of the Bible he wants everyone else to follow.


Now I'm not theologian, but if you're going to quote from the Bible as a reason to deny gay people their civil rights then you can't blame people for assuming that you agree with the other parts of the Bible that YOU don't agree with. It's all or nothing baby.


But now the Peter wants an apology. I think he's just bringing up this petty issue because no one paid attention to their pathetic PR event and he needs to make news somehow. Fundraising is down and when you're competing with Brian Camenker for those dwindling anti-gay dollars it's either this or posting your photo with a failed presidential candidate. 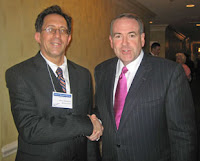