"Take Back America" to the dark ages

The "Take Back America" conference was held this past weekend and MassResistance's own Brian Camenker was one of the leaders of a workshop entitled "How to Counter the Homosexual Extremist Movement" along with Matt Barber. Right Wing Watch has the details:
About 100 activists at the How to Take Back America conference attended the workshop on

“How to Counter the Homosexual Extremist Movement.” Workshop speakers Matt Barber and Brian Camenker urged people to be loud rabble-rousers when opposing the teaching of tolerance or sex ed in public schools. They said not to worry
about being nice or polite or liked, but to push God’s anti-gay agenda forcefully. “Christ wasn’t about being nice,” said Barber. Camenker bragged about having once sent two congregations to scream outside a targeted legislator’s home.

It sounds like the workshop contained all the over the top national anti-gay activists, all 100 of them including Sally Kern. From Right Wing Watch's overview it sounds like a lot of the talk was about how following their Jesus would stop the homosexual mania (over at PHB, there is more discussion of the religous aspects of the workshop), which as Right Wing Watch suggests, probably didn't sit well with Camenker:

Camenker, who heads the anti-gay MASS Resistance, came out as Jewish, which made me wonder what he’d thought about the fire-and-brimstone speech by Rick Scarborough just before his workshop insisting that people turning to Christ was the only thing that would save America.

However, after following MassResistance's antics these past few years, it seems Brian has never met an anti-gay zealot he didn't like or wouldn't quote time and time again. I wonder how many other anti-gay hate groups were respresented at this workshop, Southern Poverty Law Center take note!
Posted by Boston Bud 11 comments:

On the MassResistance website they are now proclaiming that Six Flags New England is sponsoring a Gay Day to bail themselves out of debt:

The Six Flags New England amusement park has a new scheme to help bail
themselves out of debt: Have the biggest "Gay Day" ever.

And that's exactly what they're doing. Earlier this year Six Flags of New England filed for bankruptcy protection. Apparently they feel they need to be creative.

Over the last few months Six Flags of New England in Agawam has bought full-page ads in the hard-core homosexual newspaper Bay Windows advertising an "Out in the Park" celebration - a full day of homosexuality in Six Flags.

Brian has a very short memory because it was just a few years ago when Ms. MassResistance ranted about the 9th Annual Gay Day at Six Flags:

I guess Brian doesn't even know what's on his own webpages otherwise he would have known that this has gone on for years. The laugh out loud part is at the end:

Why an amusement park?

Think about this: Normally, a group of adults wouldn't be interested in a child's amusement park. Most people might go on a cruise, or to a pro football or baseball game, or to a picnic, hike, sightseeing tour, or museum.

But as we see so much, the homosexual community seems to be obsessed with events connected to children, such as the public schools, parades, "gay youth" events, and children's' sections of libraries. And of course, there's the famous "Gay Days" at Disneyworld. One might speculate on their own delayed development.

Umm...Brian...don't you and your minions show up at public schools, parades, "gay youth" events and libraries with camera in tow to photographic the children? Wasn't it your photographer who was charged with disorderly conduct while taking pictures of middle school children then when caught ran and began stripping off his clothes?


Oh and Brian, that stuff you said about Six Flags hiding the Gay Days on their website...if you click on the events tab at the top of the page, it takes you to a listing of the events at the park and surprise, there it is:

so much for you suggesting that they're hiding it.

I guess Brian has never been to an amusement park where most of the rides are geared to older teens and adults. It figures he's out of touch again.
Posted by Boston Bud No comments: 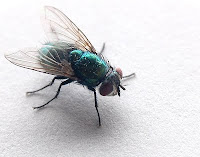 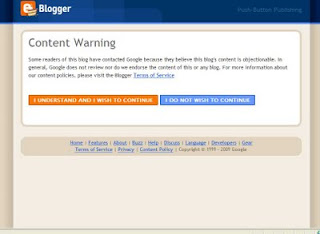 Oh, and if anyone of you happen to be attending Out and Equal's Workplace Summit in Orlando this year stop by and say hello.
Posted by Boston Bud 2 comments: