Scott Lively's Back in the Anti-Gay Saddle Again

It was only a short two months ago when Scott Lively was trying to reinvent himself with a puff piece in the Boston Globe, remember:

But Scott Lively says he is toning down his antigay rhetoric and shifting his focus to helping the downtrodden. And he’s found a home and a receptive audience in this struggling city where many, but not all, have embraced his mission to “re-Christianize Springfield.’’

That was before people learned that he had hired a convicted pedophile to "volunteer" at his coffee house which was catering to school children.

Then his "Abiding Truth Ministries" gets named a hate group by the Southern Poverty Law Center along with his comrades over at MassResistance.

Now, according to Joe.My.God, Lively is back with the anti-gay propaganda. How'd that helping the downtrodden work out for ya Scott? Scott Lively, the "Christian" jumped back on the anti-gay bandwagon like he did in Uganda:

When the Moldovan government submitted a draft antidiscrimination law to parliament last month, conservative Orthodox Christian forces in the country
treated it as a call to battle.

And that call was heeded by U.S. pastor and lawyer Scott Lively, who traveled to Chisinau to warn the country against adopting any measure that would bar discrimination against homosexuals.

Marian adds that Lively "explicitly told us that this bill is just the beginning, and later homosexuals will be given rights, starting with the right to hold public demonstrations.

"Since Lively's visit, Pro Familia has created an online "black list" of Moldovan public figures who support gay rights. The list includes several parliament members and the head of state television. People who appear on the list can have their names removed by submitting a written statement opposing the antidiscrimination measure.

Can you say intimidation? Yet Scott Lively claims he had nothing to do with the vicious anti-gay attacks and murders that took place in Uganda after he testified there too.

Ms. MassResistance Herself Has a Book on Amazon!

Yup, Amy Contrada's book "Mitt Romney's Deception" can be brought electronically via Amazon's website. Funny enough, the MassResistance blog touts it as "A Hard Hitting Book on Mitt Romney's Pro-Homosexual Record while Governor of Massachusetts". I'm guessing she
leaves all the supposed meeting MassResistance had with Governor Romney?
The only thing funnier that this BS on Amazon.com are the four "reviews". One is from Linda Harvey (enough said), two are 5 stars and one is obviously from a Mitt Romney supporter. Amy even gets into the review act by commenting on the Romney supporters' review. Too funny.

I can't figure out why anyone would buy this drivel when you can head over to the anti-gay hate group's website and read it online there.
Amy even has her own website with a picture of a drag queen as retired Chief
justice of the Massachusetts SJC!
UPDATE March 14: The link to the Amazon page with the "Mitt Romney Deception" has been removed and the "book" is now on another page without any reviews...interesting...I wonder what happened? I wonder how many people found out that Amy was commenting on her own reviews?
Before:

MassResistance Does it Again!!

For the 4th year in a row MassResistance has been named an Anti-Gay Hate Group by the Southern Poverty Law Center:

The religious right in America has employed a variety of strategies in its efforts to beat back the increasingly confident gay rights movement. One of those has been defamation. Many of its leaders have engaged in the crudest type of name-calling, describing LGBT people as "perverts" with "filthy habits" who seek to snatch the children of straight parents and "convert" them to gay sex. They have disseminated disparaging "facts" about gays that are simply untrue — assertions that are

remarkably reminiscent of the way white intellectuals and scientists once wrote about the "bestial" black man and his supposedly threatening sexuality. 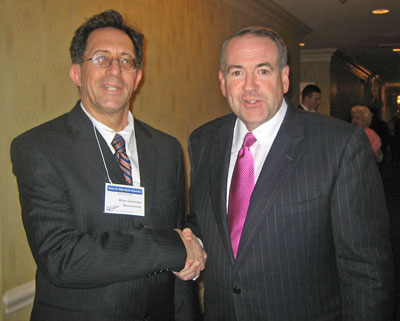 It appears that MassResistance's work "on the front lines" with the anti-gay groups in Maryland is helping marriage equality in THAT state too!. Great job Brian!
Sadly, they are not the only anti-gay hate group in Massachusetts. Scott Lively's Abiding Truth Ministries in Springfield is also on the list. Abiding Truth Ministries is the "religious" group that had a convicted pedophile "volunteering" at the coffee shop that caters to school children.
Posted by Boston Bud No comments:

If you head over to MassResistance they're gloating that the marriage equality bill is stalled in committee, however, they're wrong, it was voted on by the Maryland Judiciary Committee and now advances to the full house most likely next week:

This afternoon, after careful consideration, the House Judiciary Committee voted 12-10 in favor of sending Senate Bill 116 – the Civil Marriage Protection Act – for consideration by the full House of Delegates. This is an exciting step that adds even more momentum behind marriage equality in the state of Maryland.

Yet MassResistance is still claiming victory for being "in the thick of it all" and they're spouting the lies they tried in Massachusetts which failed and it looks like it's going to fail in Maryland too because when you come right down to it, there are gay and lesbian Americans who deserve the same rights and responsibilities as their heterosexual counterparts.
Posted by Boston Bud No comments: