Springfield Standing Up to Scott Lively's Message of Hate

H/T to JoeMyGod: The Hate Groups need to be brought into the light.
Posted by Boston Bud No comments:

Despite the lies told by the Massachusetts Family Institute and MassResistance, a bill to protect transgender citizens from discrimination in the workplace, housing and education passed the House and the Senate.

Mass Family Institute (MFI) dubbed the bill "the Bathroom Bill" and brought up the typical "What about the children" propaganda to try and stop the bill. Even now they keep stating that the bill is for "special rights" the same argument they tried to make for denying same sex couple marriage when in reality they are just biased against GLBT people no matter what the reason.

Can't wait to read what MassResistance has to say about this now since evertime they speak people are amazed at what they have to say!
Posted by Boston Bud No comments:

Match Made in Heaven? 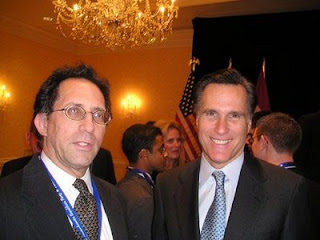 I just got through reading MassResistance's latest rant about a hearing held two weeks ago on an anti-bullying bill and it's HILARIOUS! The feeble mind that put together that screed is seriously distraught. For example, when a mother, who son committed suicide because of bullying, testified, they listed her as an "activist mother". However when some guy testified for MassResistance's ridiculous appeal of the last anti-bullying bill, he is listed as a "father", no mentioned of how his children might have been bullied (or are bullies? Who can tell?)
The really funny part of their observations is when Brian Camenker gave testimony:

We not only told the committee the truth, as opposed to the lies and misrepresentations they'd been hearing. But we also brought up a lot of things they hadn't ever heard before about this bill (and their reaction showed that). Most of them seemed to be listening carefully. Several of the committee members actually thanked us for our testimony, and asked us questions to elaborate on what we had said.

Now where did I read that before...flashback to Brian Camenker talking about his appearance on the Daily Show:

Camenker said that while his argument against gay marriage may not have been convincing in the footage that was aired, he may have changed some hearts and minds among the ''25-year-olds from New York City who naturally are all pro gay marriage."

''They were moved by what I said about the subject," Camenker said. ''They didn't use 99 percent of my stuff. But the arguments I said, you could tell they were visibly moved, and that I was saying things they hadn't heard before."

Of course this isn't the first time MassResistance has been able to read the minds of the people they are up against.