A big hat tip to KeepRight who informed me about the court's decision (KeepRight's conversation with Brian Camenker is in the comment section of my past post and it's quite hilarious):

In a ruling Thursday, the 1st U.S. Circuit Court of Appeals agreed with a judge who ruled in February 2007 that parents' rights to exercise their religious beliefs are not violated when their children are exposed to contrary ideas in school.

What is MassResistance going to do now? This is what they wrote before:

The judges were very impressive, more so than at any other Parker court appearances.

It appeared that these judges had not only read the briefs carefully but had a better knowledge and understanding of the case law involved and some of the pertinent issues than the lawyers! They had also apparently researched the state core curriculum as it applies to this case.

So how will Brian/MassResistance trash these Judges, who were very impressive, now?
Posted by Boston Bud 1 comment:

No, I wasn't in Laramie, Wyoming researching the "The Laramie Project". Since it's winter, my husband and I decided to jet off to the Caribbean, or rather cruise to the hot climate with over 3500 other gay tourists. It was fantastic! This was our second cruise and we had a ball. We met people from all over the world and some even from Massachusetts. Maybe in a future post I'll talk more about it since Atlantis charters the whole ship and the clientele is very different from the "regular" cruise ship passengers (they actually told us that we're more polite and considerate!)

So! I've been gone for a week and see that not much seems to have happened over at MassResistance. They did increase their fundraising tally since the last time I checked from $13,005 to $31,959. I'm wondering what sob story they sent out to their lemmings this time?

I also noticed that they have a list of bills in the State House that they want passed (which I believe have virtually NO chance of even getting voted on!):
That last one made me laugh out loud! Brian wants it removed so he can continue to record teenagers without their knowledge like he did when he got sued for violating student's privacy when he recorded them early in his anti-gay career (after he stopped going to gay bars with friends)

I'll have to take some time to read the rest of their dreck and see what the blog has been up to.
Posted by Boston Bud 2 comments:

Things are still looking bleak for the dynamic duo over at MassResistance. Their main website, MassResistance!, hasn't been updated in weeks. It also appears they don't have anymore donations since they haven't updated their phallic donation counter in awhile either.

And then there was this observation from KeepRight, a reader of MassResistance Watch:

Out of curiosity as to what they are raising money for, I gave MassResistance a phone call yesterday afternoon. Brian answered the phone and did not even say "MassResistance". He simply said "hello?". I told him I was calling to ask about what they are raising money for because I was interested in making a donation. He sounded EXTREMELY tired, taking deep breaths and sighing while talking to me.

He said "the same stuff", without being specific. I said "you sound very tired, are you OK?" and he responded that it had been a very long and tough day for him. Poor Brian...I almost felt bad for him, it must take quite a toll on a person to devote himself to a lost cause so completely with all his being, and yet still not make any progress. :(

Well, it's tough when even the people supposedly on your side (Conservative Right) think you're a bunch of wackos!
Posted by Boston Bud 9 comments:

3 Months and Still Nothing

Yes lucky listeners, it's been over three months since MassResistance was last heard on the airways. They still keep teasing us their lies though:

MassResistance radio is moving to a new, more powerful station! Get ready to tune in Saturday mornings 9:00 am to 10:00 am. starting again next week (at
least that's the plan).

More info to come. In the meantime, enjoy our previous shows! (Each week's show is posted here Saturday evening - to listen anytime.)

Oh, maybe they just ran out of money and they just need that $150,000 to get them on the air?
Posted by Boston Bud 2 comments:

Yes! Massachusetts' infamous anti-gay zealots over at MassResistance made the Jan 29, 2008 issue of The Advocate in a column entitled "Antigay and Proud" by Jim David. The article takes a look at the latest hate-based groups in the U.S. and unfortunately one (and possibly two) are located in Massachusetts (if you want to read the article you have to get the magazine since the article is not online yet).

The bulk of the article talks about Scott Lively and his Holocaust revisionist book "The Pink Swastika" and the violence that seems to follow Lively and his "Watchmen on the Walls".

The write then moves across the country and stops in Milwaukee where a "Pastor" Matt Trewhella claims that the California wildfires were because of the state's new educational law which is not discriminatory to gay people.

Finally, he ends the article with a paragraph about Massachusetts' most radical and crazy bigots MassResistance (although he leaves out that Scott Lively has now moved to Massachusetts so we two nuts for the price of one):

And in Massachusetts (yes, even there), a group called MassResistance tried to get Acton-Boxborough Regional High School to cancel its production of The Laramie Project. Ironically, the daughter of one of the group's leaders was in the play and came out as a lesbian. Her mother then withdrew her from the show and the school. The group has a conniption and posted the following on this website "Of course, Claudia is no more a lesbian than the man in the moon. She's always has crushes on boys, and her bedroom has always been (and still is) plastered with pictures of boys." A picture of a wall covered with teen idol boys who look like girls appears with the caption "Does this look like a lesbians' room to you?" Uh, yeah, kinda. Pray for Claudia.

I wonder if Brian is feeling the heat as told by KeepRight in the comment section of my post titled "Tracking MassResistance's Fundraising"?
Posted by Boston Bud No comments:

Tap Your Troubles Away

Senator Larry Craig is certainly keeping this story alive and tapping so to speak. His lawyers are asking an appeals court to throw out the lower courts ruling. It seems that Larry Craig, who was Mitt Romney's liaison in the Senate before the police caught Larry asking for sex in the bathroom, wants the court to believe him now and not when he pleaded guilty the first time. He's like Mitt in that the keeps changing what he is saying depending on the audience and spins the new material:

The Idaho Republican argues that a state law related to his misdemeanor conviction is unconstitutional and that it's "manifestly unjust" not to allow him to be given another chance to prove his innocence.

A state judge refused on October 4 to allow the senator to withdraw his earlier plea. Judge Charles Porter ruled the plea "was accurate, voluntary and intelligent, and ... supported by the evidence."

Craig had earlier promised to resign if the judge ruled against his motion, but he changed his mind and vowed to stay in office until his term expires in early 2009. He is not seeking re-election this year.

Wow, I forgot about the resigning part, he's more like Mitt than I first thought (Mitt said he wouldn't put any of his personal fortune into his quest for the Presidential nomination and likened it to a nightmare).
Posted by Boston Bud No comments: 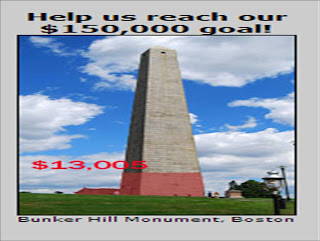 So we can keep track of MassResistance's fundraising goals, as of today, Jan 9th, they claimed to have raised $13,000. I believe I noticed their first fundraising activity around December 26th or so.
Posted by Boston Bud 3 comments:

Since I posted on the original story I will post the update which was exclusive to Bay Windows this past weekend. Quick synopsis: the law student who flunked the Massachusetts Bar Exam and sued the State because of a question including a same sex couple has apologized and is embarrassed for what he did:

But in his letter, [Stephen] Dunne said his suit was "misguided" and that he was "lashing out as a result of failing the bar exam." "I am deeply sorry for the hurt that I have caused the gay community," Dunne wrote. As far as we can tell after interviewing Dunne on Dec. 24, he’s not headed off to jail, rehab or Oprah - in fact, he said he’s studying to take the bar exam again - so we give him props for his public mea culpa. The one thing he declined to do was name the law school he attended, stating he didn’t want to draw attention to his Alma mater (although he did say it’s in Boston). We have a feeling that’s probably okay with the school.

Laura Kritsy also has an interview with Stephen Dunne here. I guess MassResistance has no comment.
Posted by Boston Bud No comments:

MassResistance is in fundraising mode once again although they are a bit behind date wise since the past two years fundraising was started in early December. They set a higher goal this year too (the past two years they were only trying to raise $50,000 and $30,000. but they had an "anonymous" matching donor(s) (or so they claimed). Did that cash dry up?


Well, now they're trying to raise $150,000. And to what end? They have no allies in the Massachusetts State House nor do they have legislation that has the slightest chance of being voted on so what are they going to do with $150,000?


As I started researching this post, I noticed on the Massachusetts Secretary of State's website that Brian Camenker is not only the President of all the groups he's created, but he's also the treasurer AND as of Jan 1, 2008 he is also the clerk/secretary of the Parents' Rights Coalition and the Parents' Education Foundation (he replaced Amy who stepped down on Dec. 31st.)


The only other people listed as being officers of the organizations is Philip Lawler for the Parents' Education Foundation and a Sally J. Naumann who is listed as a director for both organizations. If that last name sounds familiar it's probably because Ms. Naumann testified at the State House last year saying that the Holocaust was a big gay conspiracy.
Posted by Boston Bud 1 comment:

OK, here's the latter half of the year. It contains one of the truly saddest incidents of the year:


And as 2008 starts we find that Brian and Amy, who really are the only people that make up MassResistance, are over their collective heads in denial. They're still trying to raise money to pay for their anti-gay "volunteering". I'm sure this year will find them still denying that gay couple are getting legally married, even though lots do.

If a rabid anti-gay activist group falls in Massachusetts doesn't anyone hear it? Listen closely, you'll hear it here.

Well, it's the end of the year and I thought I'd look through the threats and whines that MassResistance has been posting this past year and let you all reflect on their hatred: