The Gruesome Twosome Are Back On The Air!

I've hesitated to post about Massresistance restarting their anti-gay radio show but since it was featured in Bay Windows I figured I'd mention it here.

They are on a little known radio station with the call letters WRCA 1330 AM that is mainly a foreign language radio station (I guess they haven't heard Brian and Amy's rants on immigration). From Bay Windows:

Stu Fink, station manager for WRCA, said that MassResistance is paying the station to carry their program; he said all of the shows on WRCA pay to lease time from the station.

I'm wondering if on their first show they will talk about all the "Family Value" Republicans who have been caught in sex scandals and the hypocrisy of forcing Senator Craig to resign when nothing was done to Senator Vitter. They really can't talk about much more in this state since none of their anti-gay bills will even see the light of day.

Mad Dad Parker: From ME to PR to Chicago, What's Next, Broadway?

WHAT: Americans For Truth Dinner Banquet: Celebrating Truth and the Freedom to Be Moral

WHERE: Lombard, Illinois, west of Chicago, location TBA; call AFTAH’s Banquet Coordinator at 312-315-6152 for information on room reservations for those coming from out of state. (It is easy to get cheap flights into Chicago’s O’Hare or Midway airports.)

Sounds a lot like the "fundraising dinners" Article 8/Massresistance/etc... has here in Mass. They can't announce the places because no one wants to be associated with them.

Also, cheap flights to Chicago's O'Hare or Midway airports...I wonder if the police are monitoring those bathrooms, alert them, it will probably be a busy weekend. Are they inviting Senator Craig?
Posted by Boston Bud 3 comments:

Things are just getting worse for Senator Larry Craig. The AP just released the following story:

WASHINGTON - The officer who arrested Sen. Larry Craig in a police undercover operation at an airport men's room accused the senator of lying to him during an interrogation afterward, according to an audiotape of the arrest.

On the tape, released Thursday by the Minneapolis Airport Police, the Idaho Republican senator, in turn, accuses the officer of soliciting him for sex.

When I first heard about Senator Craig's activities in the airport men's room I must admit that I was a bit joyous, another hypocrite, spouting about high moral values, married with children and seeking anonymous sex from another man in a bathroom.

Then it just got sadder and uglier. He held a news conference proclaiming he wasn't gay (OK, maybe he's bisexual) and that he didn't know why he pleaded guilty and didn't retain counsel (and this guy's a U.S. Senator!!) is he stupid? Then more stories come out about his dalliances in other places, all public.

All of sudden the GOP (Gay Ole Party?) is asking for his resignation and now it comes out that he was lying to the police after his arrest and blaming him for entrapment, why didn't he mention this at his press conference?

This story has many different angles: another closeted homophobe bashing gays in public and privately seeking their touch; GOP legislators asking for Craig's resignation yet looking the other way on Senator Vitter's "massages" from an opposite sex prostitute; and a pathetic 62 year old man not being able to face his true self and hating himself so much that he has anonymous encounters in public places and practically begging to get caught.

So sad. It reminded me of a book I read by John Grisham called The Brethren although in the book the closeted gay Republican is running for President. I think it's about time the GOP stopped attacking gays.
Posted by Boston Bud 1 comment:

When it comes to gay couples, Arkansas seemed to have no trouble writing up a constitutional amendment to ban them from legally declaring their love and marrying. Well, the same legislature, who I assumed wrote the ban on same sex couples marrying, passed a law allowing anyone, even infants, to marry if they have their parent's permission:

The legislation was intended to establish 18 as the minimum age to marry but also allow pregnant teenagers to marry with parental consent, bill sponsor Rep. Will Bond said. An extraneous "not" in the bill, however, allows anyone who is not pregnant to marry at any age if the parents allow it.

"It's clearly not the intent to allow 10-year-olds or 11-year-olds to get married," Bond said. "The legislation was screwed up."

Maybe someone needs to take another look at the gay marriage ban in the state...
Posted by Boston Bud No comments:

How Soon Can We Expect This in Massachusetts?

I read this post on Pam's House Blend and I can't say that I was surprised. I wonder how soon we can expect anti-gay stuff happening here in Massachusetts:

Ah yes, "Christians" at work, no one is safe until everyone succumbs to their beliefs.
Posted by Boston Bud 3 comments:

Where DOES Massresistance's Money Go?

This is one of those times when it is so clearly evident that Ms. Massresistance and her ilk are really pure unadulterated evil:

Dragging Our Youth To Suicide

Comment: This is the sort of thing that would drive our children to
suicide, not prevent it. Please, can't they just stop?

No, Amy. In your warped perception of reality, watching people dressing up like women and playing kickball to raise money for at risk youth is not why children committ suicide and you should be embarrassed to even joke about something like. A comment like that just proves how incredibly ignorant and insensitive you really are. I would love to know when the last time Massresistance, who is constantly asking for money, has donated any of it to actually protecting children instead of lining the pockets of Brian Camenker and Amy Contrada for their "volunteering".

When was the last time you read about Massresistance actually helping children and NOT videotaping them? Do any of you recall what Massresistance's spin was when a shooter went into a New Bedford bar and starting shooting because gay people were there?

Once again, they are refusing to take responsibility for their hateful message that they spread. They continue to go after GLBT youth by photographing them and posting them on their website.

For all those people against the wearing of drag (and you know who you are), if you're a woman and you wear pants, you're doing DRAG sweetheart. Women used to be arrested for wearing man pants. Where was Article 8/Massresistance etc... then?

Show me a man in woman's drag and I'll show you a Presidential candidate.
Posted by Boston Bud 10 comments:

"The Black Man Made Me Do It" 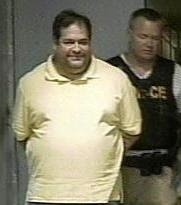 That's essentially what Florida Rep. Bob Allen is using for his excuse for being caught soliciting a man in a public rest room for sex:

Fear of the "pretty stocky black guy" who turned out to be an undercover cop made Fla. Rep. Bob Allen perform the actions that led to a charge of solicitation to commit prostitution, Allen told police in documents aired by the Orlando Sentinel.

Funny, I don't think he's commented on what he said to the police when they initially arrested him:

When Allen was loaded into the patrol car, the statement said, he asked if "it would help" that he was a state legislator.

Ah, the hypocrisy of the right. So not only is Rep. Allen a married "straight" guy with a child but he's also a racist too. He also supported Governor Jeb Bush's ban on gays adopting children. I guess he's only for "straight married men soliciting other men in public bathroom and then blaming it on black men" to have children. Now he's a role model!
Posted by Boston Bud 3 comments:

Yes, Ms. Massresistance is going away, but Satan knows how long she'll be gone. She did get in one last post before she flew: 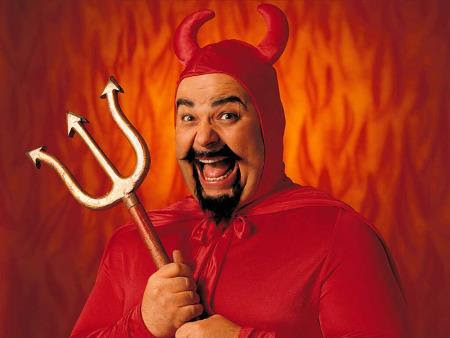 Our posts will be sporadic over the next month. Gotta take a break from the evil that we deal with on a daily basis. For news updates and special reports, see our web site www.MassResistance.org.

Hmm...could the evil be the gremlins hiding in her collection of electronic gadgets she always seem to carry around? Maybe working for Voldemort is too taxing? Is there any chance Ms. Massresistance will take her collection of digital still and video cameras with her just in case she happens on a homosexual activist or perchance a muggle? So many questions!


But before she left she posted a link to 2005 video (she couldn't find anything recent?) from what she calls a "gay pride event" in Charlotte, NC. After watching the video there is no way to tell when the footage is from but it does have a lot of white men at a pulpit talking about homoSEXuality. The music is eerily ominous too, kind of like the music in the Lord of the Rings when the Orcs are preparing to attack, bone chilling stuff.


I also thought the opening was particularly eye opening:

We have entered into a deadly war. Who will win? Christ will win in the end, however, who will win this battle for America ? Will Christians rise up, take up their shield of faith and conquer through righteousness and obedience? Or are we too busy getting our piece of the pie?

OK, what about the Jews, Muslims, atheists, etc...? What I get from that is that all non-Christians will lose, I wonder if they told their leader, Brian Camenker, that yet?
Posted by Boston Bud 7 comments: