Concord — Town Meeting saw no surprises its first night with little debate on all articles except the last of the night, Article 31: the anticipated controversy that urged residents to condemn the 2009 fall play “Falsettos” for its use of public funds and defamation of Jews.

But even those engaged in debate decided they had heard enough. Discussion was quickly quelled by an overwhelming majority in support of an opposing amendment to the original article, which instead commended the School Committee and school employees for their work to foster “responsible citizenship” and “to create opportunities for critical thought.”

However, the crazies were still out (Article 31 was the anti-gay petition to condemn the play, the school, the teachers involved, heck, it appears to target everyone):

“The choice is simple,” she added. “If you vote ‘yes’ to Article 31, you support health, piety, chastity and most of all life. If you choose to vote ‘no,’ as the Board of Selectmen, the School Committee and the Finance Committee
are prepared to do, then you support disease, anti-Semitism, debauchery and
death. Death to our town’s children."

But the people spoke:

Petitioner Jim Smith, with his son Arthur — a 2006 CCHS alum — posed the amendment to the article. They argued that a simple vote was not enough.

“We are concerned that merely voting ‘no’ does not sufficiently address what we believe to be the larger issue,” said Smith. “Whether sustained criticism, even by a few, will have a chilling affect on the abilities of our schools to teach, debate, discuss and even produce important literary works that examine complex and complicated social issues.”

The amendment to Article 31 passed nearly unanimously, and came to a close with lines still at the podium in favor of the amendment.

A shot heard round the world indeed. Can't wait to read how MassResistance tries to spin this one although I'm sure there is a conspiracy theory involved somewhere.
Posted by Boston Bud No comments:

Because sometimes you just need to put things into perspective!
Posted by Boston Bud No comments: 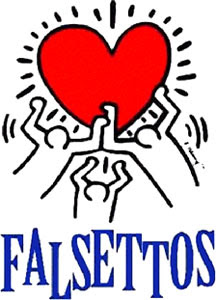 Again, not surprising since they believe everyone is supposed to condemn people who are gay just like them. Oh, and of course, they NEVER even saw the play!
Update: The woman who is complaining about the play also complained in 2007 when the high school put on the "Laramie Project"
Posted by Boston Bud 1 comment:

I saw this anti-bullying video on Slate.com, it's really moving:
Posted by Boston Bud No comments: